He is credited with creating what has become the modern shopping mall concept. He began developing upscale shopping centers in the early 50s, and became widely sought after for his attention to detail and his ability to understand how to make the shopping experience as stress-free as possible. His real estate development firm, Taubman Centers, has become one of the most successful mall developers ever. He also purchased Sotheby's Auction House when it was failing in 1983. He redesigned the interior, and the company quickly rose to prominence again. He stepped down as Chairmen and sold his portion of the company in 2005. He is very involved in philanthropic work with regards to educational initiatives, and has also pledged money to stem cell research. 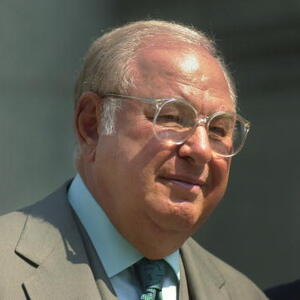