Alexander Levin net worth: Alexander Levin is a Ukrainian-American businessman who has a net worth of $50 million dollars. Born April 1, 1968, in Odessa, Ukraine, Alexander Levin is the founding President of the World Forum of Russian-Speaking Jewry (an international, nonprofit, nongovernmental organization which brings together dozens of displaced communities of Russian-speaking Jews living in Israel, Canada, the U.S., the European Union and the former USSR).

In 1994, Levin returned to Ukraine, where he got involved in the real estate development industry and in 2007 Levin and his partners organized the largest real estate development group in Kiev-KDD Group NV-within which he also became the Chairman of the board of directors. Since 2010, Levin's focus has been on philanthropic activities such as the Kiev Jewish religious community and the Babi Yar Memorial Fund. He has been a key speaker at such high-profile events as the Israeli Presidential Conference Facing Tomorrow and the 2012 ceremony at the International Holocaust Remembrance Day, commemorating those lost in the holocaust. That same year, Levin was elected as President of the Keren Hayesod (Israel National Fund in Ukraine). 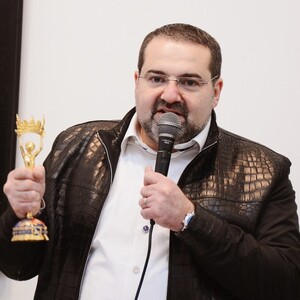