Alan Horn net worth and salary: Alan Horn is an American entertainment executive who has a net worth of $100 million dollars. Born in Long Island, New York, Alan Horn graduated from Union College in the mid 80s. He began his professional career working for Tandem Productions, the company run by Norman Lear, and then moved to 20th Century Fox, where he worked his way up to a top executive. From there, he moved on to a position at Warner Bros., and eventually became President and COO of the company. He oversaw production of multiple successful franchises, including the "Harry Potter" series and "Batman". He also co-founded Castle Rock Entertainment, a successful Warner Bros. subsidiary. He was ousted from his position at Warner Bros. in mid-2011, and in mid-2012, he became the Chairman of Walt Disney Studios. At the peak of his career at Disney, his base salary was $5 million per year. With bonuses and stock options, he could easily earn $15 million to $20 million per year. As of this writing he is the Chief Creative Officer and Chairman of Walt Disney Studios.

Alan Horn is married to former model Cindy Harrell. They have two daughters together. One of their daughters, Cody Horn, is an actress perhaps most-notable for her appearance in movies like Magic Mike and End of Watch. The Horn parents live in a very large Bel Air mansion that has hosted a number of very high-profile parties and political fundraisers, most notably for Barack Obama. The home is worth at least $25 million on its own, and could fetch north of $40 million in the right market. Alan bought the home in 1985 for $3.5 million. 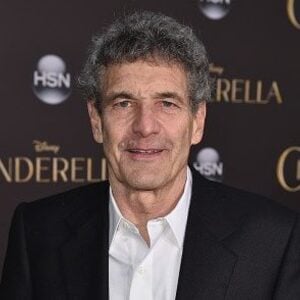