Akio Toyoda Net Worth: Akio Toyoda is the president and CEO of Toyota Motor Corporation who has a net worth of $1 billion. Akio Toyoda has accumulated his net worth through his years with the Toyota Motor Corporation. Born on May 3, 1956, in Nagoya, Japan, Akio Toyoda is the grandson of Kiichiro Toyota, Toyota's founder, and the son of Shoichiro Toyoda, the man who led the company to prominence. Toyoda has already taken his MBA from the US Babson College, when he first joined the family's company in 1984. At Toyota, he has got the chance to work and be acquainted with literally every phase of the company's operations, both in Japan and internationally. During his stay in the US, Akio served as the Executive Vice President at NUMMI, Toyota's joint operation with General Motors in California. Over the years, he has moved up the chain via various international and domestic positions at the company, eventually becoming the President of Toyota Motor Corporation in June of 2009. Thanks to him, Toyota is today's top automaker worldwide, with impressive $228 billion in revenues vs Volkswagen's $222 billion. What makes Akio's feat impressive is the efficacious business policy he led to overcome the severe impact caused by 2011's earthquake and tsunami. 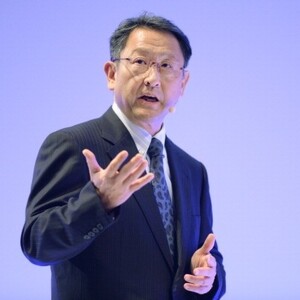