Adi Tatarko net worth: Adi Tatarko is an American businesswoman and entrepreneur who has a net worth of $430 million. Adi Tatarko is best known for co-founding the web site and online community Houzz. CEO Tatarko and husband Alon Cohen founded the architecture, decorating, interior design, home improvement, and landscape design site in 2009.

The co-founders secured $2 million in funding in 2010 and hired a staff in Palo Alto, California. The pair moved from New York to Silicon Valley in 2001. Tatarko is a native of Tel Aviv who worked in a small boutique investment firm. Houzz has raised more than $48 million in funding and has over 130 employees. Houzz has over 40 million active monthly users. Tatarko was ranked #46 on the inaugural Forbes list of America's Richest Self-Made Women in 2015. As of 2018, the value of her business had increased to $ billion which pushed her net worth to $430 million. 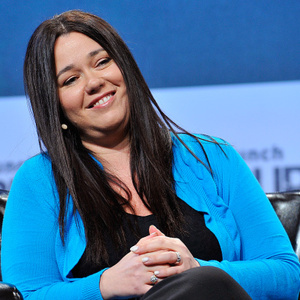