What is Adam Neumann's net worth and salary?

Adam Neumann is an Israeli-American businessman and entrepreneur who has a net worth of $1.5 billion. Adam Neumann is best known for being the co-founder and former CEO of WeWork. WeWork is an American company that provides shared work spaces and related services for entrepreneurs.

Adam Neumann and Miguel McKelvey co-founded a company called GreenDesk in 2008 as an eco-friendly co-working space in Brooklyn, New York. The pair sold the business in 2010 and used the proceeds to launch their next venture, WeWork. WeWork, which would eventually be known as just "We",  rents communal rent spaces for as little as $45 a month and has developed into a multi-billion-dollar business. WeWork raised billions of dollars investors such as JP Morgan Chase, Goldman Sachs, Softbank and Benchmark Capital. The company was at one time expected to go public at a valuation of $80+ billion. Instead it imploded and Neumann was forced out of the company.


At his professional peak in mid-2019, Adam's personal paper net worth topped $4 billion based on its $47 billion private valuation. Had the company achieved its predicted public valuation of $80-100 billion, Adam could have been worth as much as $9+ billion. Unfortunately, the WeWork IPO and business at large, fell apart precipitously in the wake of revelations of Adam's profligate spending, mismanagement and the general weakness of the company's operations.

Even after everything fell apart, in October 2019, WeWork's largest investor SoftBank, agreed to buy $3 billion worth of company stock to save the company. From that investment, roughly $1 billion was earmarked to go to Adam personally. The deal was scrutinized widely. It was seen as an overly generous golden parachute for a person who had caused so much damage to his employees and investors. This $1 billion windfall enabled Adam to maintain billionaire status, with a personal net worth of roughly $1 billion (after taxes).

On April 2, 2020, SoftBank announced that it was pulling out of that deal completely. Over the previous month the world at large, but the real estate world in particular, had been decimated due to the spread of coronavirus. By rescinding their $3 billion cash injection, Neumann personally lost $1 billion. And with that, he also lost his billionaire status, as his net worth dropped to around $400 million.

Neumann sued SoftBank and ultimately an agreement was made where would receive an estimated $700 million in payouts – he received a one-time $106 million cash settlement and was allowed to sell $578 million worth of his shares to the bank.

In October 2021, WeWork finally became a public company through a SPAC merger. Neumann has the opportunity to earn a roughly $250 million bonus payment if the merged company maintains a share price above $12. Furthermore, he still owns around 48 million shares of the new public company which on its debut day was worth around $8 billion. At that level, Adam's roughly 8% stake was worth $720 million.

In 2018 WeWork accepted an investment from Softbank that valued that company at $47 billion. At that point Adam's 10% stake in the business was worth $4.7 billion on paper. In August 2019 the company announced its plans to issue a public offering of stock which they hoped would land the company with a public valuation of $40-60 billion. The documents the company submitted to the SEC with their filing were widely derided as being fantasy. Within a few weeks the company reduced their planned valuation target to $20 billion. Some analysts believed the company was worth half that amount or less, potentially as little as $3 billion. At that level, Adam's stake in the company would be worth $300 million, a very far cry from $4+ billion a few years earlier. 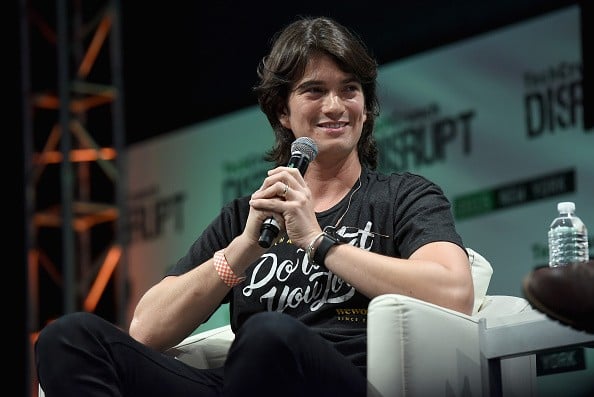 Over the course of several large external investments Adam cashed out hundreds of millions of dollars worth of his personal shares while still maintaining a roughly 10% stake in the business. As of this writing he has cashed out to the tune of $700 million. On the same day as some cash-outs, Adam entered into purchase agreements with buildings which he then instantly leased to WeWork. He also registered the trademark for the word "We" which he then sold to his own company for $5.9 million. A September 2019 Wall Street Journal article revealed a laundry list of questionable practices by Adam and his wife Rebekah Paltrow Neumann. Practices like smoking so much weed on a rented private jet to Israel that the owner recalled the jet when he found out, leaving Adam and his companions stranded. The report also detailed Adam and Rebekah's lavish spending on unrelated businesses like a wavepool company and a daycare. Rebekah Paltrow Neumann is Gwyneth Paltrow's first cousin.

On September 24, 2019, We's Board of Directors announced Adam would be removed as CEO from the company.

In October 2019 it was reported that Softbank had agreed to buyout Neumann's remaining stake in the company for $1.7 billion. Softbank also reportedly agreed to pay Neumann a $185 million consulting fee. If this deal actually goes through – there have been numerous lawsuits – Neumann will be a billionaire when it's all said and done afterall.

At their peak, Adam and Rebekah owned a $35 million home in New York City, a 60-acre estate in Westchester County, New York, a $22 million home in the Bay Area and TWO lavish homes in the Hamptons. In total their personal real estate portfolio was at one time worth at least $90 million. Much of the real estate was reportedly purchased with large mortgages backed by his stock in WeWork. It's unclear if and how Adam will be able maintain his portfolio.

He ultimately sold the Bay Area mansion for $22.4 million, one of their Hamptons homes and the estate in Westchester County, NY. 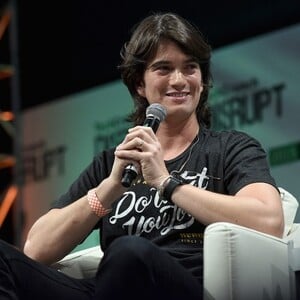