How much is Casey Wasserman Worth?

Casey Wasserman was born Casey Myers in Los Angeles 1974. He is the son of the Los Angeles socialite and philanthropist Lynne Wasserman and Jack Myers. Casey's parents were divorced and he took his mother's maiden name, also the name of his famous grandfather, mega-agent Lew Wasserman.

Casey Wasserman obtained a Bachelor of Arts degree in Political Science from the UCLA. But it was his grandfather, Lew Wasserman, head of MCA, whom he claims to be his greatest teacher. The two would have breakfast together every Saturday and Sunday from the time when Casey was a child to the elder Wasserman's death in 2002.

In 1998, Casey purchased the Los Angeles Avengers of the Arena Football League (AFL), paying about $5 million for the franchise rights, and thus becoming the youngest person ever to own a professional sports team. That same year, Casey Wasserman started the Wasserman Media Group, a sports marketing and talent management company, of which he remains CEO. Wasserman also acts as President and Chief Executive Officer of the Wasserman Foundation, a charitable organization founded by Lew Wasserman and his wife Edie in 1952.

Real Estate: In October 2018, Casey listed his Beverly Hills home for sale for $125 million. He built the 18,000 square-foot home on a triple lot. Two of the lots belonged to his grandparents. The third lot was acquired from the estate of Frank Sinatra. Casey razed the structures on all three lots and built one mega-mansion on the property. The house, which sites on 3-acres has an 85-foot infinity pool and parking for as many as 30 cars. The house finally sold in June 2020 for $68 million to music mogul David Geffen.

In August 2020 Casey paid $23 million for a new home in Beverly Hills. 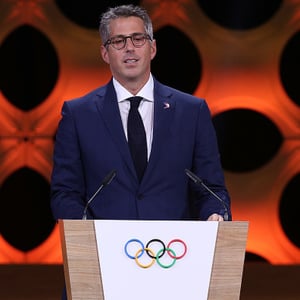