How much is William Ding Worth?

William Ding net worth: William Ding is a Chinese entrepreneur who has a net worth is $26 billion. Born in Ningbo, Zhejiang, People's Republic of China, William Ding, also known as Ding Lei, graduated from Chengdu College of Electronic Science and Technology. He began his professional career as an engineer, working for the government in Ningbo. He then worked for the technology company, Sybase, in Guangzhou. In the late 90s, he founded the internet company, NetEase. NetEase's site, 163.com, has become the 27th most visited site in the world, largely due to its multiplayer gaming applications, and the company now employs over 6000 people. Mr. Ding was the richest person in mainland China in the early 2000s, and his company is one of the most successful in Chinese history. The site associated with NetEase, 163.com, received over 500 million page views in 2005. The company continues to expand, and is currently testing a number of new apps, including a restaurant recommendation application.

Net Worth details: William Ding is a 44 percent owner in the online games operator NetEase. His shares are owned through Shining Global International which is based in the British Virgin Islands. Ding's stake is made up of two million American depositary shares combined with 1.4 billion ordinary shares. Each of his American depositary shares are equivalent to 25 ordinary shares. In 2016 NetEase reported $5.7 billion revenue. 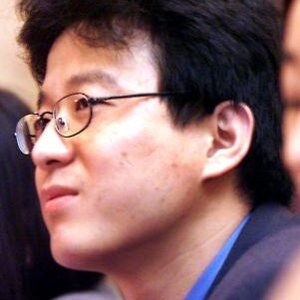