Wayde King net worth: Wayde King is an American businessman and reality television personality who has a net worth of $5 million dollars. Wayde King was born in Long Island, New York and grew up around fish. His father was a fish dealer, and there were always tanks in the family basement.

He moved to Las Vegas to work for an aquarium manufacturing company, and subsequently met his future wife Heather Raymer. This led to him starting his own tank manufacturing company, called Acrylic Tank Manufacturing, or ATM. He is now the CEO of ATM, which has become one of the most successful tank making companies in the world. The company is the subject of the Animal Planet series, "Tanked", which is in its fourth season in 2014. In 2012, Animal Planet re-released the entire series with additional text commentary from the cast under the name "Tanked: Unfiltered". His brother-in-law, Brett Raymer is now the company's COO. His wife Heather serves as the accountant, and his father-in-law, Irwin Raymer is the office manager. Other regulars include Shop Manager Robert "Robbie Redneck" Christlieb and sales coordinator Agnes Wilczynski. Mr. King is known for his perfectionist streak, and for creating loyal customers. 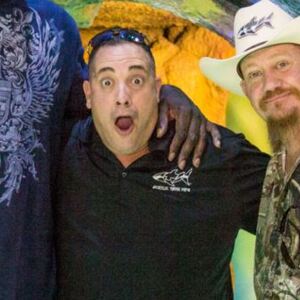