Walter O'Brien Net Worth: Walter O'Brien is an Irish businessman and entrepreneur who has a net worth of $50 million. Walter O'Brien was born in County Wexford, Ireland in February 1975. O'Brien is the founder and CEO of Scorpion Computer Services and is said to be the inspiration for the CBS television series Scorpion. O'Brien attended the University of Sussex. He founded Scorpion Computer Services in 1998 and is still the CEO. He became a permanent resident of the United States after gaining entry in 2001 on an immigrant E11 Visa granted by the United States Embassy in Dublin, Ireland. He is also the founder and CEO of ConciergeUp.com and the Chief Scientist at Langford & Charmichael. He founded ScenGen (Scenario Generator) and won CONNECT's 2011 "Most Innovate Product of the Year". O'Brien has also worked for Capital Group Companies and American Environmental Energy Inc. He started as an executive producer for the CBS TV series Scorpion in 2014 and made a cameo in the show's pilot episode. In October and November 2014 O'Brien's authenticity was questioned regarding his background as being a basis for the show Scorpion. 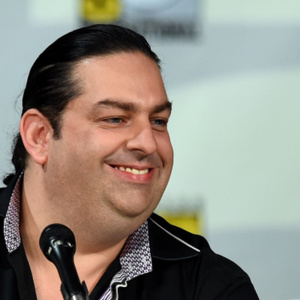