Vito Scalia net worth: Vito Scalia is a businessman and reality television personality who has a net worth of $1 million. Vito Scalia works with his father and extended family at their family-owned deli franchise The Best of Italy which has locations in Monroe, NY, Orange County, New York. The Best of Italy is a full-service deli and Italian goods specialty store that has been in the family for three generations.

Vito has also made regular appearances on The Real Housewives of New Jersey and more recently Manzo'd with Children as the fiancé of Caroline Manzo's daughter, Lauren Manzo. Vito was older brother Albie's college roommate and met Lauren through his friendship with her brother. Vito reportedly had to jump through a few hoops to maintain his friendship with Albie after starting a relationship with Lauren, but over time, things have been worked out and both relationships have remained in tact and in good standing. Vito's family deli has been in a few episodes of The Real Housewives of New Jersey and will likely make continued appearances in the new Real Housewives spinoff, Manzo'd with Children which is now in its second season. Lauren and Vito were married in July of 2015 in a church ceremony followed by a reception at The Brownstone – coverage of the wedding was a running theme for Manzo'd with Children. 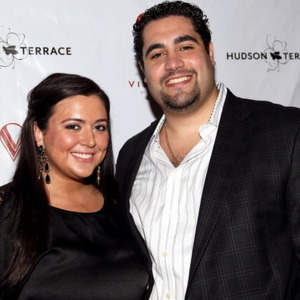