What is Vitalik Buterin's Net Worth?

Vitalik Buterin is a Russian-Canadian programmer and writer who has a net worth of $400 million. Vitalik Buterin is best known for co-founding the blockchain platform Ethereum in 2014. Earlier, he co-founded Bitcoin Magazine, one of the first publications to cover cryptocurrencies. Buterin has also contributed to other open-source software beyond Ethereum, including DarkWallet and Egora.

He learned about bitcoin from his father when he was 17 years old. Buterin won the Thiel Fellowship for $100 thousand before working on Ethereum full time. He wrote articles about bitcoin for five bitcoin each and then he became the co-founder and lead writer for Bitcoin Magazine in 2011. Vitalik Buterin co-created and invented Ethereum which is a "decentralized mining network" and a "software development platform" related to facilitating the creation of new cryptocurrencies and programs sharing a single block chain.  In 2014 he won the World Technology Award and he was also named to the Fortune 40 under 40 list in 2016 and the Forbes 30 under 30 list in 2018.

On May 12, 2021, Vitalik began dumping large chinks of the gifted alt-coins. He converted around $60 million worth in under an hour and donated to various charities. He also donated the equivalent of $1 billion SHIB to an India COVID relief fund. He eventually transferred all the gifted coins out of his wallet. 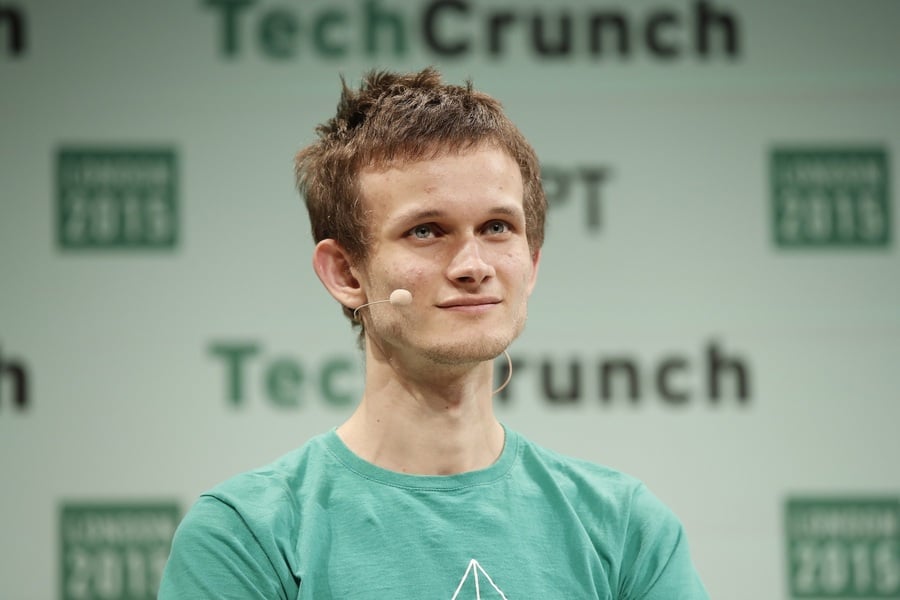 Vitalik Buterin was born on January 31, 1994 in Kolomna, Russia. When he was six years old, he moved with his family to Canada so his parents could find better jobs. There, Buterin excelled in school, particularly in the subjects of math and economics. In the third grade, he was placed into a gifted class. He went on to attend the private Toronto high school the Abelard School. After graduating, Buterin enrolled at the University of Waterloo, where he took advanced classes and served as a research assistant for Ian Goldberg, a famed cryptographer. While a student in 2012, he won a bronze medal in the International Olympiad in Informatics. Buterin ultimately dropped out of college in 2014 after he was awarded a $100,000 Thiel Fellowship grant to work on Ethereum. He later earned an honorary doctorate degree from the University of Basel in 2018.

Buterin first got into cryptocurrency in 2011 when he started writing for Bitcoin Weekly. He continued to write for the site until it shut down due to poor revenue. However, Buterin's writing caught the attention of an individual named Mihai Alisie, who invited him to join in the creation of a new publication called Bitcoin Magazine. Starting as a print edition in 2012, Bitcoin Magazine is often credited with being the first major publication devoted to cryptocurrencies. In addition to co-founding the publication, Buterin also served as a leading writer, spending 10 to 20 hours a week penning articles. Bitcoin Magazine was eventually sold to BTC Media in 2015.

In 2013, Buterin published a white paper in which he first proposed the idea of Ethereum, a decentralized and open-source blockchain platform that works to create new cryptocurrencies. The white paper soon began circulating and drawing interest from many quarters. In early 2014, Buterin gave a 25-minute speech at the North American Bitcoin Conference that further boosted Ethereum's profile. The platform was finally launched in the summer of 2015, with Buterin credited as a co-founder alongside such names as Gavin Wood, Anthony Di Iorio, Joseph Lubin, and Charles Hoskinson. Ethereum operates so that users may add permanent decentralized applications to it, including finance applications that obviate the need for traditional financial intermediaries. The platform generates the cryptocurrency Ether, which is rewarded to miners as proof-of-work. A shift to Ethereum 2.0 transitioned the system protocol to proof-of-stake.

Beyond Ethereum, Buterin has contributed his development expertise to a number of other open-source software. Notably, he has contributed to DarkWallet, Egora, and Bitcoin Python libraries. Among his other projects, Buterin partnered with economist Glen Weyl to co-write a manifesto entitled "Liberation Through Radical Decentralization." He also co-wrote a paper entitled "A Flexible Design for Funding Public Goods" with Harvard PhD student Zoe Hitzig.

Buterin has often used his wealth from Ethereum to contribute to philanthropic causes. In 2017, he donated around $764,000 in Ether to the Machine Intelligence Research Institute. The following year, Buterin donated $2.4 million in Ether to the SENS Research Foundation to aid in the research of biotechnologies to extend human life. He donated to the SENS Research Foundation again in 2020 to sponsor research aimed at combating human aging. 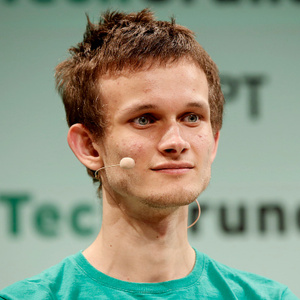