She is married to Dr. Wilfried Bechtolsheimer and the couple has three sons. Her father owns real estate in the United States and five Swiss resorts and hotels including the Hotel Eden Roc in Ascona, the Tschuggen Grand Hotel in Arosa, and the Carlton Hotel in St. Moritz. 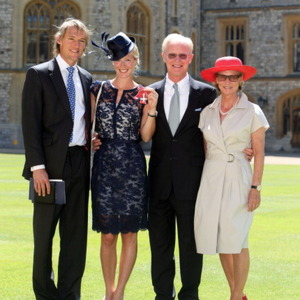