Tyson Apostol net worth: Tyson Apostol is an American reality television personality who has a net worth of $450 thousand. He is best known for appearing on the hit show Survivor: Tocantins, Survivor: Heroes vs Villains, and later Survivor: Blood vs Water where he won the million dollar prize as Sole Survivor.

Apostol was born in Provo Utah on June 17, 1979. He was raised in Lindon, Utah and currently lives in Provo, Utah. He is a bike shop owner, and former professional cyclist in Switzerland, Belgium, and Austria most notably riding for the Austrian professional continental team, Team Volksbank. He is also a dropout of Brigham Young University where he was attending under a swimming scholarship. He also spent two years in the Philippines as a Mormon missionary.

In 2014 Tyson married fellow Survivor cast mate, Rachel Foulger. The couple appeared on the hit reality show, Marriage Boot Camp: Reality Stars where they discussed their relationship in front of the cameras in the hopes to resolve issues they were facing. 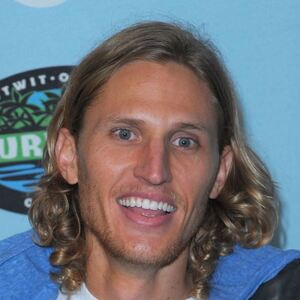