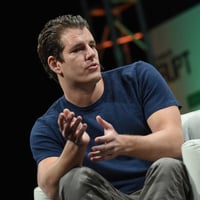 What is Tyler Winklevoss' Net Worth?

Tyler Winklevoss is an American rower and entrepreneur who has a net worth of $1.5 billion. Tyler and his twin brother Cameron are often referred to interchangeably or as a single unit by the media. Together, they have made a number of intelligent investments in Bitcoin. While studying at Harvard, the twins became rowing partners and connected with the future CEO of Facebook, Mark Zuckerberg.

Years later, Tyler and Cameron claimed that Mark stole their idea to create Facebook. Eventually, Tyler and his brother took Facebook to court. They were eventually awarded a settlement that was initially worth $65 million but eventually was worth much more since a portion was pre-IPO Facebook stock.

The twins proceeded to use their Facebook settlement money to invest in Bitcoin, which proved to be a wise decision. Outside of his entrepreneurial career, Tyler is known for his athletic achievements. Along with his brother Cameron, he competed in the 2008 Olympic Games in Beijing, China.

Tyler Howard Winklevoss was born on August 21st of 1981 in Southampton, New York. Raised in Greenwich, Connecticut alongside his twin brother Cameron Winklevoss, Tyler was born into a prestigious and financially successful family. Tyler's father is Howard Winklevoss, a well-known mathematician who is famous for his achievements as an actuary. Howard has published several books on the subject, and he has worked as a professor at the Wharton School at the University of Pennsylvania. The elder Winklevoss founded Winklevoss Consultants and Winklevoss Technologies and amassed a net worth of over $200 million.

Of course, his twin sons would go on to dwarf that sum with their own net worths. At the age of six, Tyler started playing the piano. During his high school years, Tyler grew fond of Latin and Ancient Greek. As there was no rowing crew at his high school, he and Cameron co-founded a crew program. After graduating, Tyler attended Harvard College and studied economics. He eventually earned his A.B. and graduated in 2004. During his college years, Tyler became a member of the rowing team, the Porcellian Club, and the Hasty Pudding Club.

Winklevoss then went on to study at Oxford's Said Business School. After beginning graduate business study, Tyler earned an MBA in 2010. Once again, Tyler became an active member of the rowing team while studying at this institution.

Winklevoss' entrepreneurial career began in 2002, while he was still studying at Harvard. He and his brother Cameron collaborated with a classmate called Divya Narendra to create a social network called HarvardConnection. The network was essentially an early form of Facebook, although it was limited to only college students. The project was later expanded to multiple universities and rebranded as ConnectU.

After a number of programmers tried and failed to complete the back-end programming of this new social network, the Winklevosses and Narendra enlisted the help of Mark Zuckerberg to help with finishing up the project. Here's where it gets a little controversial. According to the Winklevosses and Narendra, Zuckerberg entered into an oral agreement to become a partner in HarvardConnection while keeping details of the social network confidential. 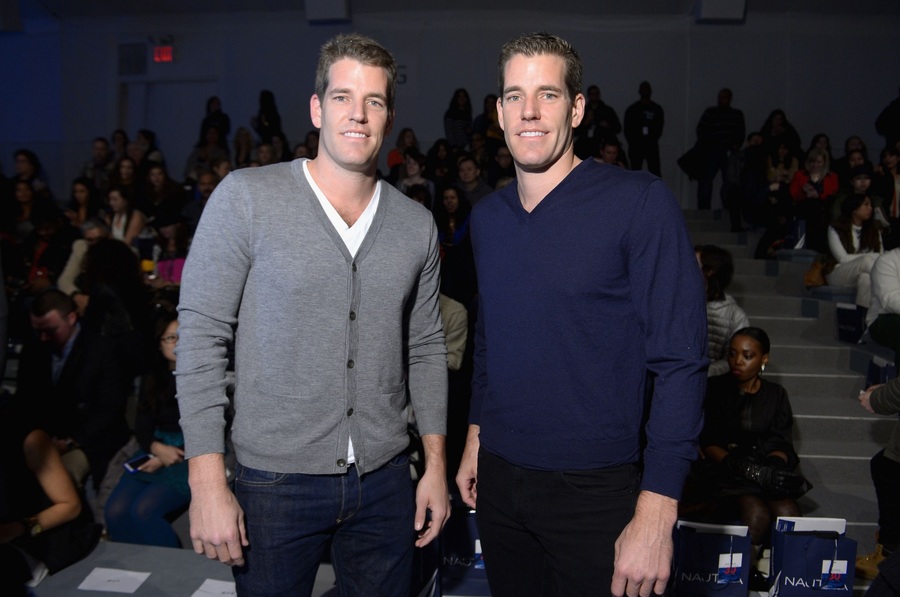 Judging by evidence in the form of emails and instant messages, Zuckerberg was in fact communicating with Tyler and the other co-founders of HarvardConnection about the programming job. A number of emails followed that suggested Zuckerberg was too busy to work on the project. Not long afterward, Mark registered the domain name "thefacebook.com." It was clear that during this period, Zuckerberg was in the process of launching his own social network that was strikingly similar to HarvardConnection.

After the university refused to get involved, ConnectU filed a lawsuit against Facebook in 2004, alleging that Mark Zuckerberg had essentially stolen their idea. By 2008, the Winklevosses were awarded a total of $65 million, paid out as $20 million in cash plus a grant of pre-IPO Facebook stock that was worth $45 million at the time of the settlement. A number of other lawsuits followed, although the Winklevosses eventually agreed to call it quits and walk away with their seven-figure settlement.

Outside of their failed attempt to start a social media platform, Tyler and his brother have started a number of additional business ventures. In 2012, the twins started Winklevoss Capital Management, an investment firm that provides funding to early-stage startups. In 2014, Tyler and Cameron started Gemini, a currency exchange company that specializes in digital assets.

The brothers also own a large quantity of Ethereum, and today Gemini is one of the largest crypto exchanges in the world.