Travis Stork net worth and salary: Travis Stork is an American doctor and reality television personality who has a net worth of $12 million. Travis Stork was born in Fort Collins, Colorado on March 9, 1972. Stork graduated magna cum laude from Duke University, and then earned his medical degree from the University of Virginia. He subsequently completed his emergency medicine training at Vanderbilt University Medical Center in Tennessee, and also worked as a physician in Colorado. He was cast on the 8th season of "The Bachelor" in 2006, and chose Sarah Stone as his bride. However, the two chose not to become engaged, and subsequently broke up amicably. He began appearing on the "Dr. Phil Show", as a frequent guest medical commentator. In 2007, he was chosen to host "The Doctors", a daytime medical talk show produced by Dr. Phil's son, Jay McGraw. The show has remained quite popular throughout its subsequent seasons. Between 2008 and 2019 alone, The Doctors aired more than 1000 episodes over 9 seasons.

Travis Stork wrote the books "The Lean Belly Prescription" and "The Doctor's Diet". Both books reached the New York Times best sellers list. Travis was married to pediatrician Charlotte Brown from 2012 to 2015. 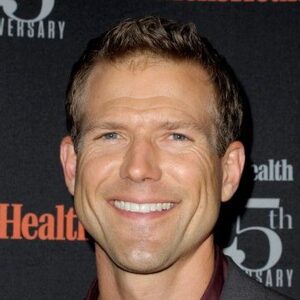