Tony Fadell net worth: Tony Fadell is a Lebanese-American technology developer who has a net worth of $800 million dollars. Tony Fadell graduated from Grosse Point High School in Michigan, and then from the University of Michigan, where he earned a degree in Computer Engineering. Before he graduated from college, he became CEO of Constructive Instruments, which marketed children's software. In the early 90s, he began working for General Magic as an engineer, and then systems architect. While with General Magic, he worked on the development of such products as the Sony Magic Link and Motorola Envoy. In the mid-90s, he co-founded Philips' Mobile Computing Group, and in the late 90s, he founded Fuse. His goal with Fuse was to develop a hard disk music player. Though his company fell apart due to lack of funding, he approached Apple with the technology. He was hired by Apple to design the iPod, and to develop a way to market it. He would go on to become Vice President of iPod engineering in 2004, and then Senior Vice President of the iPod Division in 2006. He stepped down in 2008. 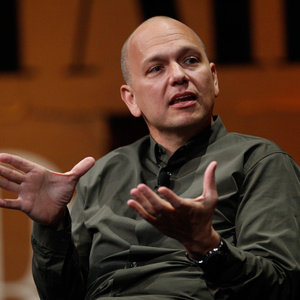