Todd Palin net worth: Todd Palin is an American oil field production operator and commercial fisherman who has a net worth of $6 million. That is a combined net worth with his longtime wife Sarah Palin. Todd Palin was born in Dillingham, Alaska in September 1964. He is best-known for being the husband of former Alaska governor Sarah Palin. He was the first gentleman of Alaska from 2006 to 2009 when Sara was governor. Todd worked for BP in the North Slope oil fields of Alaska for 18 years and took a leave from his job when his employer was involved in negotiations with his wife's administration. He returned in a non-management position before resigning in 2009 to spend more time with his family. Palin is a commercial salmon fisherman at Bristol Bay on the Nushugak River. He is a champion snowmobile racer and won the world's longest snowmobile race, the Tesoro Iron Dog four times.

Todd married Sarah Palin in 1988. They would eventually have five children together. On September 9, 2019 Todd filed for divorce from Sara after 31 years of marriage. In his filing he cited irreconcilable differences and demanded an equal 50/50 split of their assets which includes several real estate properties, book royalties, securities and shared bank accounts. At the time of the filing, Todd and Palin only had one minor child, an 11-year-old boy named Trig.

Real Estate: In 2011, Sarah and Todd spent $1.75 million on a six-bedroom home in Scottsdale, Arizona. They sold this house in 2016 for $2.275 million. In 2015, they paid a little under $1 million for a second property in Scottsdale, Arizona. They began construction on what would be a large dream home, but the couple never actually completed the project. In 2019, Sarah and Todd sold this half-built house and the property for $6.2 million, raking in a profit of $5.263 million over five years. They also co-own several properties in Alaska. 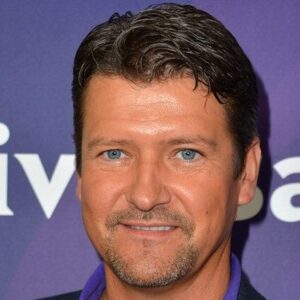