What is Susan Wojcicki's Net Worth and Salary?

Susan Wojcicki is a business executive who serves as the CEO of YouTube. Before this, she was involved in the founding of Google, becoming that company's inaugural marketing manager in 1999. Wojcicki went on to lead the company's online advertising business and video service, and in 2006, proposed the purchase of YouTube by Google.

In 1998, Susan owned a home in Menlo Park, California. In September 1998, to earn extra income, she decided to rent her garage out to two Stanford PhD students who needed space to manage their newly-launched web business. Those students were Larry Page and Sergey Brin. Their company was Google.

Susan Wojcicki was born on July 5, 1968 in Santa Clara County, California to educator Esther and Stanford University physics professor Stanley. She is of Jewish descent on her mother's side and of Polish ancestry on her father's side, and has two sisters named Janet and Anne. Her grandfather, Franciszek, was a politician who was elected MP during the 1947 Polish legislative election. Meanwhile, her grandmother Janina was a librarian at the Library of Congress, where she built the biggest collection of Polish materials in the country.

Wojcicki was raised on the Stanford University campus, and attended Gunn High School in Pal Alto. There, she wrote for the school paper. For her higher education, Wojcicki went to Harvard University to study history and literature. After graduating with honors in 1990, she enrolled in an economics graduate program at the University of California, Santa Cruz, earning her MS degree in 1993. Later, in 1998, Wojcicki obtained an MBA from the UCLA Anderson School of Management.

In the late 90s, Wojcicki was working in marketing at the Intel Corporation in Santa Clara, and was also serving as a management consultant at both Bain & Company and R.B. Webber & Company. When the technology company Google was first incorporated in September of 1998, its founders Sergey Brin and Larry Page set up an office in Wojcicki's Menlo Park garage. She subsequently joined the company and worked on its initial viral marketing programs, as well as the first Google Doodles. Later, in 2003, Wojcicki helped spearhead the development of AdSense, one of Google's most notable advertising products. She was AdSense's first product manager, and received the Google Founders' Award for her work. Due to her growing success, Wojcicki eventually became Google's senior vice president of advertising and commerce, overseeing such company products as AdWords, DoubleClick, and Google Analytics.

Among her other roles at Google, Wojcicki was in charge of the company's original video service, Google Video. When she observed the success of rival video platform YouTube, which was still a small startup at the time, she decided that Google needed to acquire the company. Subsequently, Wojcicki handled the $1.65 billion purchase of YouTube in 2006. The following year, she managed the $3.1 billion purchase of the advertisement company DoubleClick. 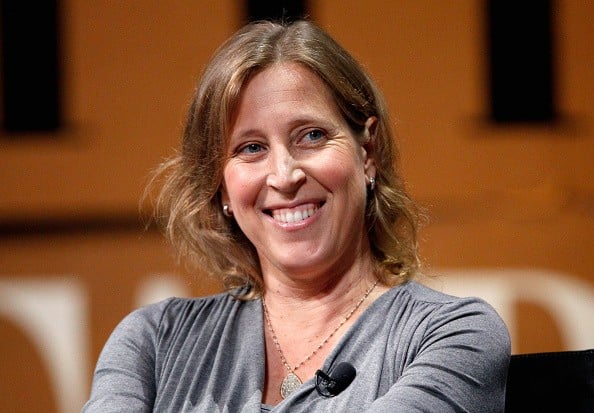 Wojcicki became the CEO of YouTube in February of 2014. During her tenure, the company announced that it had reached a total of two billion logged-in users per month. It also revealed that users were viewing over one billion hours of content a day. Moreover, in the years since Wojcicki took on the role of CEO, YouTube's percentage of female employees rose from 24% to nearly 30%. Also during her tenure, YouTube strengthened its policy on removing videos considered to spread hate speech and violence.

Among her other accomplishments at YouTube, Wojcicki oversaw the development and release of new applications designed to cater to users with interests in music, family, and gaming content. She also oversaw the development and release of YouTube Premium, the site's advertisement-free subscription service, as well as YouTube TV, an over-the-top Internet television service. Additionally, under Wojcicki's leadership, YouTube created new avenues of monetization for its creators, such as merchandise, channel memberships, and the Super Chat feature. Wojcicki also continues to emphasize educational content as a priority; in July of 2018, she announced the creation of the YouTube Learning initiative, which invests in grants to foster education-focused creator content.

Beyond YouTube, Wojcicki serves on a number of boards, including those of the cloud-based software company Salesforce and the non-profit literacy and gender equality organization Room to Read. She is also a board member of her alma mater, the UCLA Anderson School of Management.

In August of 1998, Wojcicki married Dennis Troper in Belmont, California. Together, they have five children. On top of her American citizenship, Wojcicki maintains citizenship in Poland.

Wojcicki has advocated for many progressive causes throughout her career, including the expansion of paid family leave, gender parity at tech companies, and social and economic justice for refugees from Syria. She has also been committed to helping girls become interested in STEAM, particularly computer science and coding. In 2016, Wojcicki endorsed Democratic candidate Hillary Clinton for president.

Due to her many achievements, Wojcicki has received a number of honors over the years. In 2013, she was ranked number one on Adweek's list of the Top 50 Execs. Two years later, she was named one of Time magazine's 100 Most Influential People. Later, after she became CEO of YouTube, Wojcicki was listed at number six on Forbes magazine's list of the World's 100 Most Powerful Women. 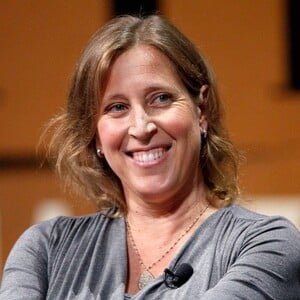