Stephen Ross Net Worth: Stephen Ross is an American real estate developer, philanthropist and sports team owner who has a net worth of $7.7 billion. Born Stephen M. Ross on May 10, 1940 in Detroit, Michigan, he earned his fortune as founder, chairman and majority owner of The Related Companies, a global real estate development firm that is probably most notable for developing the Time Warner Center and Hudson Yards in New York. Stephen is also the principal owner of the Miami Dolphins.

In 1972 Stephen borrowed $10,000 from his mother to allow him to quit his job and start a real estate advisement business. He quickly found success helping wealthy investors shelter income by developing federally subsidized affordable housing. That same year he launched The Related Companies to invest his own income into real estate. Today the company has offices around the globe and manages more than $15 billion in real estate assets. With 5,000 rental units, the Related Co is NYC's largest owner of luxury rentals.

Since 2006, the luxury health club Equinox Fitness has been a subsidiary of The Related Companies. Stephen Ross sits on the board of Equinox.

In 2012, Ross co-founded RSE ventures, a private equity firm focused on sports and entertainment. Today RSE has stakes in everything from Vayner Media to the Drone Racing League.

Stephen through one of his ventures also owns stakes in the following brands: 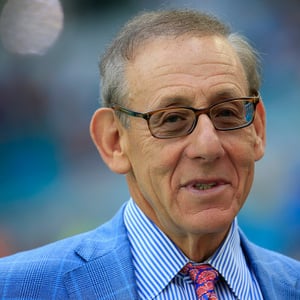