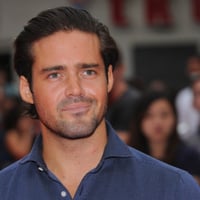 Spencer Matthews Net Worth: Spencer Matthews is a British reality television personality and author who has a net worth of $15 million. Spencer Matthews is best known for being featured as a main cast member of the reality TV series Made in Chelsea since 2011. Matthews studied at Eton and Mander Portman Woodward London. He is an heir to Eden Rock Hotel in St. Barths. Matthews' long term friend Emma Miller joined the cast of Made in Chelsea in season seven. His brother James Matthews dated Pippa Middleton in 2012 and Spencer has claimed that he knows most of the Royals and is close friends with Princess Beatrice's boyfriend Dave Clark. Spencer formerly dated Caggie Dunlop and has been caught cheating on many of his co-stars including Louise Thompson and Lucy Watson.