Sophie Stanbury net worth: Sophie Stanbury is an English businesswoman and reality television personality who has a net worth of $15 million. After finishing school at a traditional Convent in England, Sophie worked successfully at one of the world's largest hedge funds. She later worked at London's forty plus year old exclusive members club, Annabel's, and became firmly planted in the London social scene. Sophie has been long-time friends with fellow castmate, Caroline Stanbury, who introduced Sophie to her brother, and Sophie's now-husband, Alex. The couple have two boys, Harry and Finn. Today, she owns her own interior design company, and juggles her career, motherhood, and the London limelight. Sophie is an avid fitness person who manages to fit in 2 pilates sessions, at least one Bikram yoga class a week, and runs at least 3 times a week. She joined the cast of the hit Bravo reality series, Ladies of London, during the second series which aired in 2015. 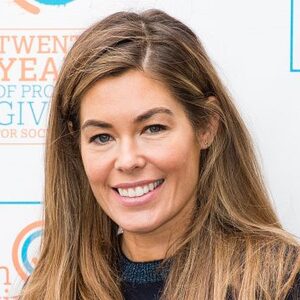