Si Robertson Net Worth: Si Robertson is an American duck hunter and reality television star who has a net worth of $8 million. Robertson was one of the stars of the hit reality television show "Duck Dynasty," which aired on A&E from 2012 to 2017. Si appeared in 129 episodes over the show's 11 seasons, and in 2013, he published the book "Si-cology 1: Tales and Wisdom from Duck Dynasty's Favorite Uncle." The book received 500,000 pre-orders before hitting bookshelves and went on to become a massive success; he followed his debut with 2014's "Uncle Si the Christmas Elf: Work Hard, Nap Hard" and 2016's "Si-renity: How I Stay Calm and Keep the Faith."

Robertson also starred in and executive produced the spin-off reality TV series "Going Si-Ral" (2016–2017) and starred in the reality series "Duck Commander" (2009–2011). He released the album "Me and My Smokin' Hot Honey" in 2014, and he appeared in the 2015 film "Faith of Our Fathers" and a 2013 episode of "Last Man Standing." In 2013, "Duck Dynasty" earned Si a Teen Choice Award nomination for Choice TV: Male Reality/Variety Star.

Early Life: Si Robertson was born Silas Merritt Robertson on April 27, 1948, in Vivian, Louisiana. He grew up with mother Merritt, father James, brothers Phil, Harold, Jimmy Frank, and Tommy, and sisters Jan and Judy. Si studied at North Caddo High School, where he played on the football team, wearing the same number (10) jersey that Phil had worn when he was on the team. Robertson enrolled at Louisiana Tech University but dropped out and was drafted into the Army during the Vietnam War. In 1993, Si retired from the Army, and after "Duck Dynasty" became popular, Monroe, Louisiana's Chennault Aviation and Military Museum honored him with a special exhibit. 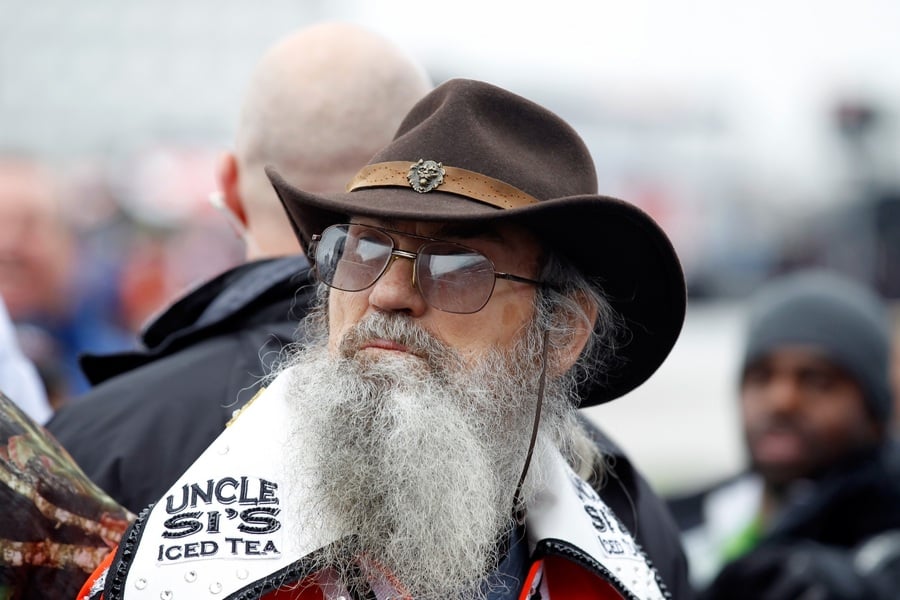 Career: After retiring from the Army, Robertson began working at Phil's Duck Commander business, designing reeds for all the duck calls. In 2012, A&E gave the Robertsons their own show. "Duck Dynasty" premiered on March 21, 2012, and averaged 1.82 million viewers per episode during its first season. The series starred Si, Phil, and Phil's sons Willie, Alan, Jep, and Jase, with appearances by various other members of the Robertson family. The season three premiere was watched by 8.62 million viewers, and season four's premiere did even better, attracting 11.77 viewers. In 2013, the Robertsons released the album "Duck the Halls: A Robertson Family Christmas," and Si performed "You're a Mean One, Mr. Grinch" and "The Night Before Christmas." The album reached #3 on the "Billboard" 200 chart and #1 on the Top Country Albums and Top Holiday Albums charts. The "Duck Dynasty" series finale aired on March 29, 2017, and during the run of the show, more than $400 million worth of "Duck Dynasty" merchandise was sold.

Personal Life: Si married his wife, Christine, in 1971, and they have two children, daughter Trasa and son Scott, as well as eight grandsons. Robertson is a Christian and has said, "That's what got me through 65 years of life, my belief in God and what He's done for us and what He will do for us." Si became an advocate for better veteran care after his son, who served eight tours in Iraq in the Army, was diagnosed with post-traumatic stress disorder. In March 2020, Robertson was the victim of a death hoax after a satirical website reported that he had been "found unresponsive in the woods just a few miles south from the DD equipment warehouse." Since many people believed the fake news, Si addressed the rumor on social media, saying "There is a rumor going around that I have passed away. I'm still alive and kickin y'all! Don't believe everything said on the internet, just like my stories it's usually only 95% true!" 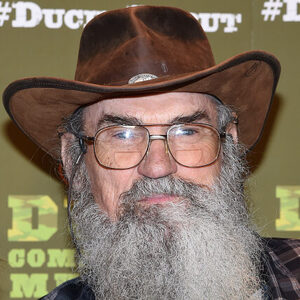