How much is Shiva Ayyadurai Worth?

Shiva Ayyadurai net worth: Shiva Ayyadurai is an Indian-American inventor, scientist, and entrepreneur who has a net worth of $500 thousand dollars. Shiva Ayyadurai was born in Mumbai, India, and moved to the United States when he was seven years old. He showed early promise in computer programming, and attended a special summer program on the subject when he was 14. While attending Livingston High School in New Jersey, he began a research fellowship at the University of Medicine and Dentistry of New Jersey. He went on to earn Bachelor's degrees in Electrical Engineering and Computer Science from MIT, as well as a Master's degree in Visual Studies, another Master's in Mechanical Engineering, and a Ph.D. in Biological Engineering, all from MIT. He was awarded a Fulbright Scholarship to study the intersection of traditional Indian medicine and modern biology, and then returned to the US to focus on system visualization. He is credited by some in the computing community as the inventor of email. Others consider his claims related to the invention of email to be completely fabricated or at the very least a series of highly creative exaggerations. Shiva currently runs Systems Health, an educational program for doctors that incorporates traditional Eastern medical practices with modern biology and medical practice. 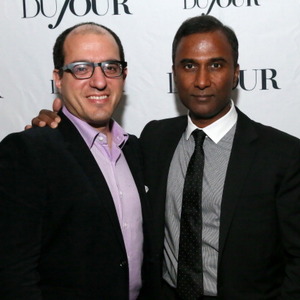