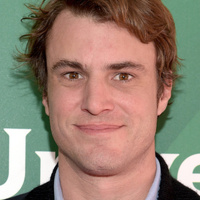 Shepard "Shep" Rose net worth: Shepard Rose is one of the six cast members on the reality television show, Southern Charm, and has a net worth of $4 million. Shep was born and raised in South Carolina and is the nephew of former South Carolina Department of Public Safety director, B Boykin Rose. The town of Boykin and the state dog (the Boykin Spaniel) are both named after his mother's family. In Southern Charm, Shep is cast as the fun-loving ladies man who genuinely gets along with everyone. He was born in 1980 and was raised in Hilton Head from first grade through ninth grade before going to boarding school. In his late 20s, after graduating from the University of Georgia, and receiving his MBA from Vanderbilt, he returned to Hilton Head for two or three years to live; he always speaks fondly of his hometown. While living in Hilton Head, he worked for one of his Dad's friends doing commercial real estate development around Savannah and Bluffton. It was around 2008, which was in the middle of the financial crisis, so it was not a great time to be working in that line of business, but he made the most of it and spent plenty of time with his friends. He moved to Charlestown and opened a restaurant with a group of friends called the Palace Hotel, but it is neither a palace nor a hotel. Instead, Shep's restaurant is designed to be a dive bar that sells gourmet hotdogs and it will be located in downtown Charlestown on the East Side. It has become a very popular destination. For his work on Southern Charm, he is paid $25,000 per episode.