Sheila Johnson Net Worth: Sheila Johnson is an American entrepreneur and philanthropist who has a net worth of $750 million. Born Sheila Crump on January 25, 1949, in Pennsylvania, she is the team president, managing partner, and governor of the WNBA's Washington Mystics. Having earned the position in the 2005 season, Johnson is the first African-American woman to have a share in three professional sports teams, along with the Washington Wizards (NBA) and the Washington Capitals (NHL).

Johnson's overall career accomplishments range across various areas including sports, media, hospitality, the arts, education and humanitarian causes. She is currently the CEO of Salamander Hospitality, a company that she set up in 2005. As for the rest of her portfolio, it includes: Reunion Resort located in Reunion, Florida; The Woodlands Resort & Inn, in Summerville, SC; The Innisbrook Resort and Golf Club, a 900-acre (3.6 km²), 72 hole PGA tour golf course in Palm Harbor, FL; as well as The Salamander Resort & Spa in the Blue Ridge Mountains in Middleburg, VA. In addition to the above, Sheila Johnson is also an avid philanthropist currently acting as a Global Ambassador for CARE, a humanitarian organization fighting global poverty. Sheila Johnson's marriage to BET founder Robert Johnson was one of the most expensive divorces in history. Robert paid Sheila a reported $400 million divorce settlement. 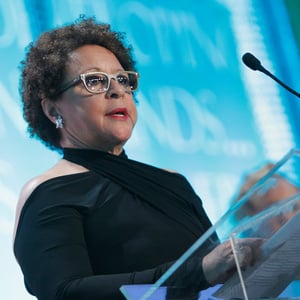