Shaun Thompson net worth: Shaun Thompson is an American fitness trainer who has a net worth of $10 million dollars. Born in Camden, New Jersey, Shaun Thompson, also known as Shaun T., graduated from Rowan University, where he earned a degree in Sports Science and a minor in Theater/Dance. He began working as a trainer at various fitness centers, such as Equinox, and used his dance training to improve his aerobics classes.

He began his professional career in fitness working at Wyeth, a pharmaceutical company, as a trainer and health program manager. He then moved to Los Angeles, and began working as a choreographer, trainer, and dancer, eventually dancing for Mariah Carey, among other music stars. While working at Equinox in L.A., he was invited to submit a workout video to Beachbody, LLC. He began making workout videos for Beachbody in 2006 with "Hip Hop Abs", and shot to stardom with his "Insanity" workout series. 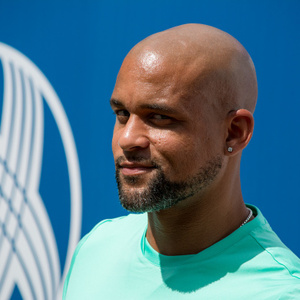