In 1997, he was hired by Apple, Inc., and became part of the team that developed the Mac OS X system. He was largely responsible for OS X Leopard and also developed the Aqua User Interface. He became Senior Director of Apple in 2003, and then Senior Vice President of iOS Software. He introduced iOS 5 in 2011, and appears in and narrates the iOS 5 video. He has spoken at the Worldwide Developers Conference about Mac OS X v10.5, as well as about iPhone 2.0 and 3G, and the 2010 iPad keynote. He also introduced the Siri voice recognition technology for iPhone 4S. 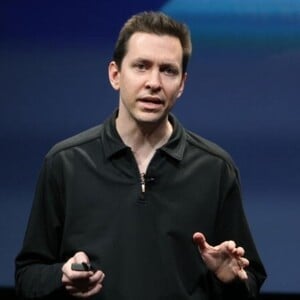