Scott Disick Family Fortune net worth: Scott Disick Family Fortune is roughly $25 million dollars. The fortune is related to model and reality television personality Scott Disick. Scott Disick was born in Eastport, New York, and grew up in a family of wealthy real estate developers. His parents passed away within months of each other in late 2013 and early 2014. He is most widely recognized for his reality television appearances on the shows, "Keeping Up With the Kardashians", "Kourtney and Kim Take Miami", and "Kourtney and Kim Take New York". He is the partner of Kourtney Kardashian and the father of their two children. They are expecting a third child together in December 2014. He has been in an on-again, off-again relationship with Kourtney since 2007, and he has also been in and out of rehab for alcohol addiction and anger management issues. He allegedly became British royalty while on a trip to London, but he actually only assumed the manorial lordship of Crockton Ford. This does not make him royalty. Instead, it gives him the title of "Lord of the Manor of Crockton Ford". 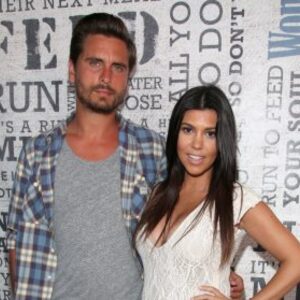