Sarah Beeny Net Worth: Sarah Beeny is an English property developer and television presenter who has a net worth of $3 million dollars. Sarah Beeny was born January 9, 1972 in Reading, Berkshire, England. She is best known for presenting the Channel 4 property shows Property Ladder, Property Snakes and Ladders, Streets Ahead, Britain's Best Homes, Help!

My House is Falling Down, Beeny's Restoration Nightmare, Double Your House for Half the Money and Sarah Beeny's Selling Houses. Advised by her father and stepmother to get out and see the world, Beeny traveled around the world alone at the age of 17, where she is quoted as saying she felt "lonely and seasick" most of the time. She returned to the U.K. and found work doing miscellaneous things, including working for Save the Children; as a window cleaner; a door-to-door vacuum cleaner salesperson; she even ran her own sandwich-making business. During her off time, Beeny would study the property market. She saved up some money and began her own property developing business with her brother and her husband. Beeny is also the co-founder of the popular U.K. dating website Mysinglefriend. She also owns the online estate agent, Tepilo.com. Beeny met her husband and business partner, Graham Swift, when she was 18 years old. Her brother is married to Swift's sister, Caroline. Beeny and Swift have four sons: William (b. 2003), Charles (b. 2006), Rafferty (b. 2008) and Laurie (b. 2009). In August 2014, Sarah Beeny was one of 200 public figures who were signatories to a letter to The Guardian opposing Scottish independence in the run-up to September's referendum on that issue. 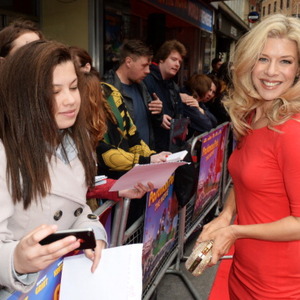