Sandro Rosell net worth: Sandro Rosell is a Spanish businessman who has a net worth of $80 million. Sandro Rosell was born in Barcelona, Catalonia, Spain in March 1964. He is best known for serving as the 39th President of FC Barcelona from July 2010 to January 2014. Rosell graduated from ESADE with an MBA. He served as the running mate and senior advisor to Joan Laporta during the FC Barcelona presidential elections in 2003.

Sandro Rosell was jailed in 2017 as part of a money laundering investigation related to purchasing television rights for previous Brazilian national team matches. He spent more than 600 days in pre-trail detention before finally being acquitted in April 2019. His case set an example and has been used by journalists and human rights advocates as an example of pre-trial detention measures in the Spanish judiciary system. During his presidency of FC Barcelona the club signed players including Neymar, Cesc Fabregas, Alexis Sanchez, Javier Mascherano, Alex Song, Jordi Alba, and Adriano. 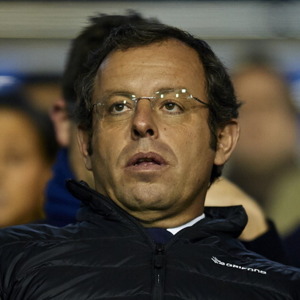