Ryan Cohen net worth: Ryan Cohen is an American entrepreneur and businessman who has a net worth of $1 billion. Ryan Cohen is best known for being the co-founder and former CEO of Chewy, an e-commerce company that was acquired by PetSmart for $3.35 billion in 2017. Chewy was co-founded by Michael Day.

The company was founded as MrChewy in 2011. Ryan and Michael were rejected by over 100 venture capital firms before finally landing $15 million in funding in 2013 from Volition Capital. In 2016 Chewy raised $230 million. That same year the company generated $900 million in sales and had become the top online pet retailer. In 2017 Chewy raised an additional $350 million.

When it was purchased by PetSmart it was the largest e-commerce acquisition in history. Ryan Cohen was named to the Fortune 40 under 40 list in 2017 and remained on as the CEO before stepping down in 2018. It went public in June 2019 and soared 71% in the first day. It was priced at $22 and opened at $36 before closing at $34.99 with a market cap of $8.7 billion. Within a year the company's market cap had more than doubled to around $18 billion. The company's headquarters are in Dania Beach, Florida.

In June 2020 Ryan announced his intention to invest his entire liquid net worth into two companies: Apple and Wells Fargo. It's unclear if he followed through on that plan exactly, but a month later he reported that he owned a $500 million stake in Apple.

GameStop: In August 2020 Ryan disclosed that he had purchased 9 million shares of video game retailer GameStop for a total of $76. That implies an average price per share of $8 and constituted 10% of the company's outstanding shares. In January 2021 there was an infamous run on GameStop shares that sent the price soaring. At one point the price per share hit $480. At that level Ryan's 9 million shares were worth $4.3 billion. 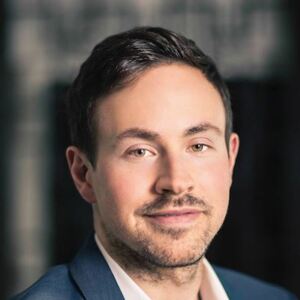