Ryan Brown net worth: Ryan Brown is an American interior designer and reality television personality who has a net worth of $350 thousand dollars. Ryan Brown is based in California, where he runs Brown Design Group, a commercial and interior design firm. The firm has offices in both Los Angeles and Santa Barbara.

Ryan Brown first came to national attention appearing on Seasons 1 through 3 of the popular Bravo reality series, "Flipping Out". The program follows Jeff Lewis, a professional designer and house flipper. Ryan Brown and Mr. Lewis were shown as having a fierce professional rivalry, which eventually ended in Ryan Brown leaving the show. He then became the host of his own program on TLC, called "Spouse vs. House". The show, which was part interior decorating/part relationship show, followed a couple as the husband was put in charge of the interior design or renovations of the house, while the wife was kept away from the home. While away, the wife designed a miniature replica of her "dream home". After three weeks, the couple was brought back together to see how closely their design choices matched. The program was cancelled after one season. 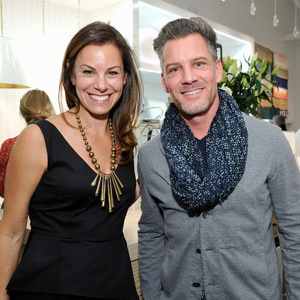