Ruth Handler net worth: Ruth Handler was an American businesswoman and inventor who had a net worth of $100 million. Ruth Handler was born in Denver, Colorado in November 1916 and passed away in April 2002. She was the president of the toy company Mattel Inc. and is best known for inventing the Barbie doll.

She started a furniture business with her husband Elliot Handler before starting Mattel to manufacture picture frames with her husband and his business partner Harold "Matt" Matson. The company started to make dollhouse furniture and their first big hit was the "Uke-a-doodle" toy ukulele. Handler's daughter Barbara played with paper dolls and Ruth noted how limited they were. She found a German Bild Lilli doll which was an adult gag gift and reworked the design into Barbie. The Barbie doll debuted in 1959 at the New York toy fair. Ruth was credited as a writer for the 1987 film Barbie and the Rockers: Out of this World. Ruth Handler passed away from complications of surgery for colon cancer at 85 years of age on April 27, 2002. 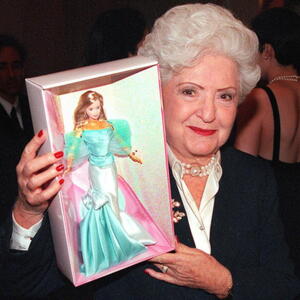