Rui Nabeiro net worth and fortuna: Rui Nabeiro is a Portuguese businessman who has a net worth of $460 million. Rui Nabeiro was born in Campo, Maior, Alto Alentejo, Portugal in March 1931. He is best known for being the Chairman of the Habeiro – Delta Cafes Group. Nabeiro assumed responsibilities in the family business after his father passed away.  He formed Delta Cafes in 1961 and opened commercial warehouses in Lison in 1963 and Porto in 1964.

Nabeiro became president of the Municipality of Campo Maior in 1972 and was elected by the Socialist Party in 1977 and held office until 1986. He created Novadelta in 1982 and the Nabeirogest holding company in 1988. Nabeiro has appeared on episodes of the TV series A Outra Face da Lua, Vencedores, and Fama Show. In 1998 the Nabeiro/Delta Cafes Group was restructured into 22 companies. By the 2000s it became the market leader for coffee in Portugal with a 38% market share. 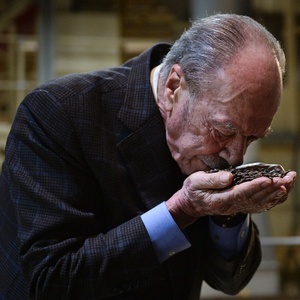