How much is Roy Price Worth?

Roy Price net worth and salary: Roy Price is an American entertainment executive who has a net worth of $20 million. Roy Price was born in Los Angeles, California in 1967. He is best known for being the former president of Amazon Studios, Amazon.com's media development division. His father was Hollywood executive Frank Price and his mother was actress Katherine Crawford. Roy Price started as a film set assistant from 1989 to 1990 and worked as the third camera assistant on the film Return to the Blue Lagoon. He also was a financial analyst for Allen & Company. Price served as Vice President of Creative Affairs for Disney TV Animation from 1993 to 2000. During that time he helped develop or supervise several TV series including Recess, Pepper Ann, Hercules, Timon & Pumbaa, Buzz Lightyear of Star Command, The Weekenders, and Teacher's Pet. He worked as a Group Product manager as well as director and at Amazon Video on Demand from 2004 to 2009. From 2009 to 2014 he was the Director of Amazon Video on Demand in in 2014 he became head of Amazon Studios and VP of Prime Video. Price resigned in 2017 due to allegations of sexual misconduct. 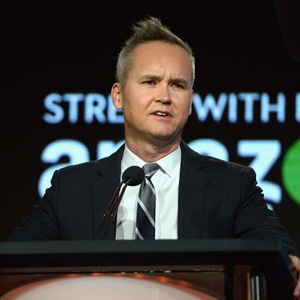