Roy Disney net worth: Roy Disney was an American media executive who had a net worth of $1.2 billion dollars at the time of his death in 2009. Born in Los Angeles, California, Roy E. Disney was the son of Roy O. Disney and the nephew of Walt Disney. After graduating from Pomona College in the early 50s, he began to work for the family business, primarily as an assistant director, and then producer. He stepped into a more executive role in the late 1960s, when he became Chairman of the Board at Disney. He left his role as Chairman in 1977 after disagreeing with the direction of the company, and left the board altogether in 1984. During this time, he helped engineer the takeover that resulted in Michael Eisner coming on as Chairman. The next 20 years would go well, until the company began to nose-dive in the early 2000s. Mr. Disney organized a second takeover, and Michael Eisner resigned in 2005. Roy Disney rejoined the company and remained on the board until his death in 2009. At the time of his death, he owned 16 million shares of Disney, roughly 1% of the company. For comparison, when Disney acquired Pixar in January 2006, Steve Jobs wound up owning 7% of Disney's total outstanding shares. That deal instantly made Jobs the largest individual shareholder ahead of longtime CEO Michael Eisner's 1.7% and Roy's 1%. He was survived by four adult children, including filmmaker Abigail Disney. 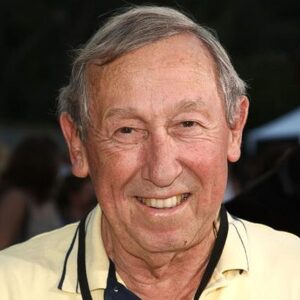