Rosie Pierri net worth: Rosie Pierri is an American businesswoman and reality television personality who has a net worth of $500 thousand. Rosie Pierri is a product manager for a manufacturing company based in New Jersey. She is the sister of "The Real Housewives of New Jersey" cast member, Kathy Wakile.

Rosie Pierri has been regularly featured on the show as a supporting player, and has quickly become a fan favorite. She is openly gay, and the series has followed her interactions with various family members and other cast members. "The Real Housewives of New Jersey" is the fourth installment in "The Real Housewives" franchise on Bravo. The show is about to air its sixth season, and will be adding three new cast members this year. Rosie Pierri began to appear on the show beginning in Season 3, and has been featured more and more over each season. She came out to her niece and nephew on camera during Season 5. 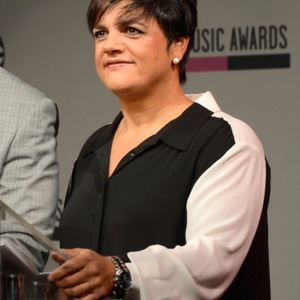