Ron Meyer net worth and salary: Ron Meyer is an American entertainment executive and talent agent who has a net worth of $300 million. He co-founded the talent agency CAA in 1974 and worked there until becoming the President of Universal Studios in 1995. He ran Universal for 25 years, one of the longest entertainment executive runs in the history of Hollywood. He resigned in 2020 amid a scandal involving an affair with an actress.

Ron Meyer Salary and Contract: According to his last deal, Ron Meyer earned a salary of $25 million from NBCUniversal. His contract was supposed to run through 2021.

Early Life: Ron Meyer was born in Los Angeles, California in September 1944. He dropped out of high school to join the United States Marine Corps. Meyer was an agent for the Paul Kohner Agency from 1964 to 1970 and then for the William Morris Agency from 1970 to 1975.

Success: He co-founded the Creative Artists Agency with Michael Ovitz. CAA grew from a tiny startup with card table desks and fold out chairs in a tiny one-room office, into most powerful agency in the world. CAA represented everyone from Tom Cruise to Dustin Hoffman to Bill Murray. During his time at CAA Ron was known as the nice guy who ran the business while co-founder Mike Ovitz was the wolf who struck fear into the hearts of studios.

In 1995 Ron Meyer quit CAA to become President & COO of Universal Studios. He served in that position from 1995 to 2013. He was then promoted to Vice Chairman of the Universal Studios parent company NBCUniversal. He resigned in 2020 after an affair with an actress was made public.

Ron Meyer has been featured in the documentaries Intimate Portrait, Seduced and Abandoned, Jim & Andy: The Great Beyond, Spielberg, and Carl Laemmle. He won a Publicists Guild of American Award in2 000 and a PGA Milestone Award in 2007.

Ron Meyer's Malibu Home: In August 2018 Ron listed his beachfront home in Malibu for $125 million. He bought property where the home sits in 1997 for $5 million from super agent and CAA co-founder Mike Ovitz. At the time of purchase it was an empty parcel. Meyer then spent tens of millions over several years building his 14,000 square-foot dream home. He also owns a nearby home that he bought for $5 million, for his daughter. In August 2019, exactly one year after being listed, Ron sold his main Malibu house for $100 million. The buyer was Whatsapp billionaire founder Jan Koum. 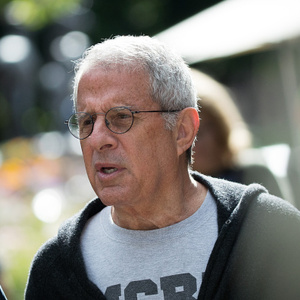