Rohan Marley is a former football player and entrepreneur from Miami, Florida who has a net worth of $20 million. Rohan Marley has earned his net worth from his career in the National Collegiate Athletic Association as a linebacker for the University of Miami. Later he became a member of the Canadian Football League in with the now defunct Ottawa Rough Riders. He attended Miami Palmetto Senior High School where he graduated in 1991; his father is the late reggae artist Bob Marley. Marley helps run his family's charitable organization, 1Love; in addition he is the co-founder of the Clothing line known as Tuff Gong. Marley co-founded an organic coffee plantation and sustainable farming business in Jamaica's Blue Mountains. Marley Coffee was founded in 2007, Rohan appears in the documentary film Motherland later in 2011 under the name Jammin Java Corp [OTC: JAMN] Marley Coffee went public. At the Consumer Electronics Show in Las Vegas, NV, in January 2012 Marley advertised his new range of eco-friendly headphones. He is currently engaged to Brazilian supermodel Isabeli Bergossi Fontana and was married in College to Geraldine Khawly. They have two children a daughter Eden and son Nicolas. 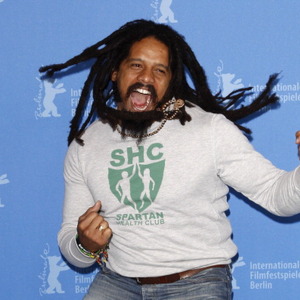