Roh Habibi net worth: Roh Habibi is a real estate broker and reality television personality who has a net worth of $3.5 million. He is probably best known for appearing on the hit Bravo reality series, Million Dollar Listing San Francisco.  Habibi was born in Kabul, Afghanistan and raised in the Bay Area.

He studied International Business and began a career in finance, managing investments for high net worth clients like JP Morgan Chase, but eventually left his career in finance to pursue real estate. Habibi is a rookie in the real estate game compared to his cast mates, but he is quickly making his mark in San Francisco and is currently employed with Coldwell Banker Previews International. In 2014, he placed in the top 6%, ranking #255 out of 4,100 realtors in the San Francisco Association and served as the chairman of their Young Professional Network. He is known for being a power negotiator and will do whatever it takes to close a deal. He is an orthodox Muslim, and works hard to repay his parents for the sacrifices they made while feeling Afghanistan and providing him with a better life. He actively pursued producers of Million Dollar Listing San Francisco, much to his parents concern, but they have slowly started to warm to the idea, even appearing on the show periodically. Habibi's wife, Shugufa, and young daughter, Zahra, also appear on the show. 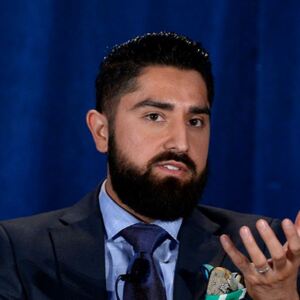