Roger Mathews net worth: Roger Mathews is an American businessman and reality television star who has a net worth of $2 million dollars. Roger Mathews was born in Cherryfield, Maine, and first came to national attention when he began dating "Jersey Shore" star, Jenni "JWOWW" Farley.

The pair became engaged in 2014  and married in 2015. They eventually had two children together before separating in September 2018. Though "Jersey Shore" is no longer on the air, the cast members have continued to appear on various spin-off series and in other television and film projects. From 2012 – 2015, JWOWW starred on her own reality series, "Snooki & JWOWW", with her former "Jersey Shore" cast mate, Snooki. In 2014, Jenni and Roger appeared on "Marriage Boot Camp". Jenni filed for divorce from Roger in September 2018, after three years of marriage, citing irreconcilable difference. Their first child, a daughter named Meilani Alexandra, was born in July 2014. Their second child, a son named Greyson Valor, was born in May 2016. 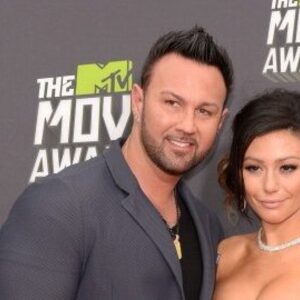