Roger Ailes net worth and salary: Roger Ailes was an American television executive who had a net worth of $200 million at the time of his death in 2017. Roger Ailes was born in Warren, Ohio on May 15, 1940. He completed his undergraduate education at Ohio University. He began working in the film and television industry just after graduating from college. He was hired as a production assistant for the local talk show, "The Mike Douglas Show". Over the course of the next six years, he worked his way up from production assistant to Producer, to Executive Producer. He was subsequently nominated for a Daytime Emmy. He impressed Richard Nixon during a discussion of the purpose of television, and was tapped to serve as his Executive Producer of TV. This began a long career of serving as a consultant for various Republican political figures during their election bids, including, decades later, future President Donald Trump. He also began producing theater productions with varying degrees of success. In 1993 he was named President of financial news network CNBC.

Roger Ailes Fox News Salary: In June 2015 Roger signed a new multi-year contract to stay at Fox News for several years beyond 2016 (when his contract was set to expire). At the peak of his power and career, from roughly 2004 to 2016, Roger consistently earned $20 million per year in salary, of which $5 million was base salary and the remainder was stock options and bonus. That means between 2004 and 2016, Roger earned a minimum of $240 million in total compensation from News Corp, before taxes. His contract also granted Roger security services for his family, access to a full-time driver and the News Corp corporate jet for business travel.

During his reign, Ailes brought Fox News to unprecedented popularity and power, especially in the wake of the September 11th attacks. Fox News proved to be an enormously important profit producer for the company. In 2014 alone, Fox News contributed 18% of 21st Century Fox's total profits. Advertising revenue generated around $2 billion per year. He was fired in 2016 after several current and former female Fox anchors accused Roger of sexual predation. Ailes was reportedly given a $40 million severance package to step down from the network. Roger Ailes died on May 18, 2017 at the age of 77. No cause of death was reported but his wife Elizabeth did reveal that Ailes was a hemophiliac who was plagued by obesity and arthritis.

Real Estate Portfolio: Roger owned a vast portfolio of real estate around the United States. In October 2016, just one year before he died, Roger spent $36 million (all cash) on a 10,000 square foot oceanfront mansion in Palm Beach, Florida. There was a major legal advantage to relocating to Florida full-time. In Florida, courts cannot force the sale of someone's home to pay off judgments, and troubled tycoons have routinely used the state's law to invest in real estate. Ailes has owned property in Palm Beach County in the past, including a beachfront condo on Singer Island that he sold to Fox financial guru Neil Cavuto for $525,000 in 2003. The home is roughly 5 miles for Donald Trump's Mar-A-Lago resort. In New York and New Jersey he owned a number of properties, including several homes in Putnam County, NY. 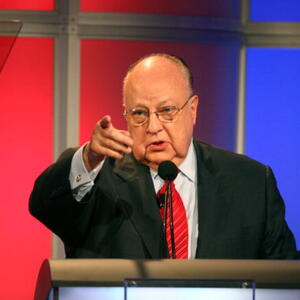