Robert Trump net worth: Robert Trump is an American retired businessman who has a net worth of $200 million. Robert Trump was born in 1948. He is the younger brother of President Donald Trump. Robert Trump managed the real estate holdings for the Trump Organization outside of Manhattan, New York. He was a business executive and real estate developer.

Trump was married to socialite and philanthropist Blaine Trump from 1980 to 2008. Robert Trump sits on the board of directors for ZeniMax Media. In October 2019 the U.S. Marshals Service awarded CertiPath a $33 million contract. That company has been owned in part by a firm linked to Robert Trump since 2013. The government contract was to provide security for federal courthouses and cellblocks and drew protests. The Trump Organization was founded by Fred and Elizabeth Trump in 1923 and is solely owned by Donald Trump. It consists of about 500 business entities. 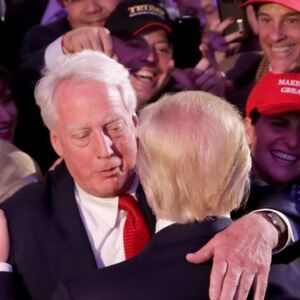