What was Robert Durst's Net Worth?

Robert Durst was a convicted murderer and real estate scion who had a net worth of $65 million at the time of his death in 2022. He first gained notoriety in 1982 following the unsolved disappearance of his wife Kathleen, and later became infamous for killing his friend Susan Berman and his neighbor Morris Black. Durst is currently serving a life sentence at Twin Towers Correctional Facility in Los Angeles.

Durst is the subject of the 2014 HBO documentary "The Jinx: The Life and Deaths of Robert Durst."

Robert Durst died on January 10, 2022 at the age of 78 while in custody at a California Department of Corrections health care facility.

Robert Durst was born on April 12, 1943 in New York City, New York, and grew up in Scarsdale. He is the eldest of four children of Bernice and real estate magnate Seymour; his siblings are Tommy, Douglas, and Wendy. When Durst was seven, his mother died after falling from the roof of their home. As a teen, Durst went to Scarsdale High School. He subsequently enrolled at Lehigh University, where he was a member of the varsity lacrosse team and the business manager of the student paper. Following his graduation in 1965, he enrolled in a doctoral program at UCLA. However, he ultimately dropped out and returned to New York in 1969.

Uninterested in working for his father at the Durst Organization, Durst opened a small food store called All Good Things in Vermont. He closed the shop a few years later when his father convinced him to work for his organization. However, due to Durst's inappropriate behavior, his father decided to appoint his other son, Douglas, to take over the company. Feeling he was entitled to be the heir, Durst eventually sued for his share of the family fortune.

Durst met dental hygienist Kathleen McCormack in 1971. By the next year, the two were living together at Durst's home in Vermont, and later in Manhattan. They got married in April of 1973. Almost a decade later, in early 1982, McCormack mysteriously disappeared. She and Durst had gotten into a fight, and Durst claimed that he put McCormack on a commuter train before going home and turning in. McCormack's friend Gilberte Najamy was supposed to meet her at a pub, and grew concerned when she never showed up. Later in the week, Durst filed a missing person's report. Three weeks after that, the superintendent at their apartment found McCormack's possessions in the building's trash compactor. Before her disappearance, McCormack had asked Durst for a $250,000 divorce settlement; instead of this, Durst cancelled her credit card, removed her name from their joint bank account, and refused to pay for her medical school tuition. McCormack had also been treated at a hospital for facial bruises allegedly caused by her husband.

Eight years after his wife's disappearance, Durst divorced her while claiming spousal abandonment. McCormack's mother later attempted to sue Durst for killing her daughter and depriving them of the right to bury her. After a reopened criminal investigation and more lawsuits, the disappearance was reclassified as a murder in May of 2021. In October, Durst was officially charged for her death.

On Christmas Eve in 2000, Durst's friend Susan Berman was found murdered in her home in Los Angeles. Previously, Berman had helped create Durst's public alibi in the disappearance of his wife. Durst was known to have been in California days before the murder, and to have flown back to New York the night before Berman's body was found. Investigative journalist Cathy Scott asserts that Durst murdered Berman because she knew too much about the disappearance of McCormack. Durst was arrested by FBI agents in March of 2015. Following numerous delays, retrials, and hospitalizations due to alleged medical crises on the part of Durst, in September of 2021 Durst was convicted for the first degree murder of Berman. In October, he was sentenced to life imprisonment without parole. Shortly after this, Durst tested positive for COVID-19 and was placed on a ventilator in critical condition. 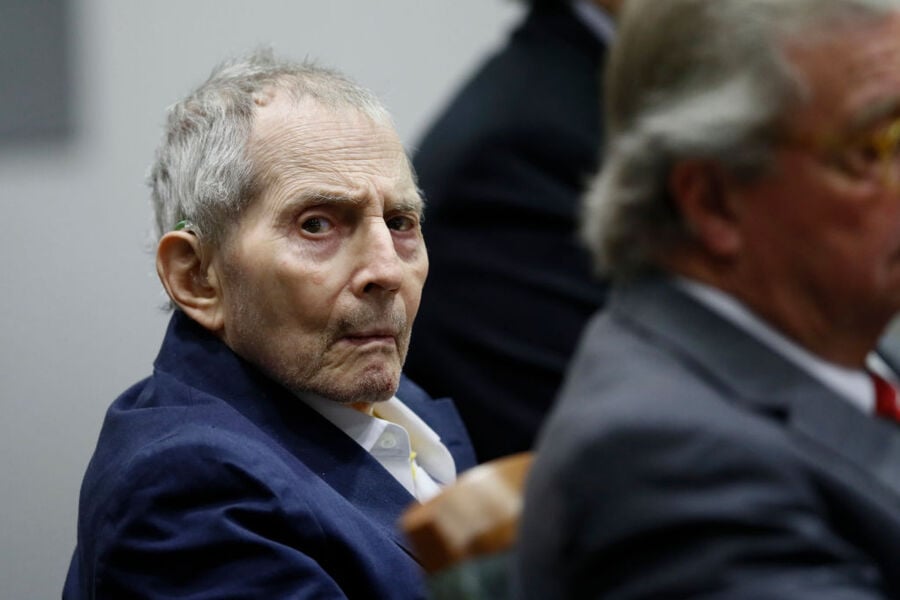 In October of 2001, Durst was arrested in Galveston, Texas after body parts belonging to his neighbor Morris Black were found floating in the bay. Police searched Durst's rental car and found two guns, marijuana, $37,000 in cash, Black's driver's license, and directions to Gilberte Najamy's home. Durst was tried for the murder of Black in 2003. He alleged self-defense, and that he inadvertently killed Black in a struggle over a pistol. He also admitted to dismembering Black's body and dumping the remains in Galveston Bay. However, because Black's head was never recovered, a lack of forensics led the jury to acquit Durst. In December of 2004, Durst pleaded guilty to two counts of bail jumping and one count of evidence tampering. He was subsequently sentenced to five years in prison, which was then reduced to three years; he was paroled in 2005. After violating the terms of his parole shortly after, he was returned to prison, and released again in 2006.

In 2015, Durst was the subject of a six-part HBO documentary called "The Jinx: The Life and Deaths of Robert Durst." The film outlined circumstantial evidence linking Durst to Berman's murder, and also detailed the disappearance of McCormack and the murder of Black. Countering the advice of his attorneys and his wife Deborah Charatan, Durst gave myriad interviews in the film, and allowed the filmmakers unrestricted access to his personal records. At the end of the documentary, when Durst seems to believe he's no longer being recorded, his microphone picks up admissions of guilt in his murders.

Beyond his murders, Durst has committed various other crimes, including indecent exposure, bail jumping, shoplifting, and being a felon in possession of a firearm and a controlled substance. For the latter charge, he received an 85-month prison sentence in 2016. 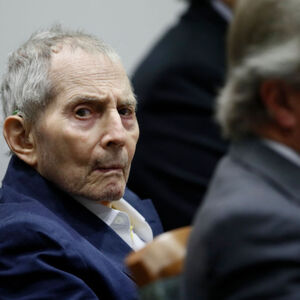