Rino Aprea net worth: Rino Aprea is a successful restaurant owner who has a net worth of $10 million. He owns a prestigious Italian restaurant called Little Italy, and three other award-winning restaurants. His wife, Teresa Napolitano Apea, is one of the twin cast members featured on season six of The Real Housewives of New Jersey.

Teresa and Rino first got married in 1991, later divorced, and after 11 years apart did it all over again at a New Year's Eve bash in 2010; they remarried in their home. In Teresa's free time she helps her husband run their award-winning restaurants Angelo's of Mulberry Street and Ponte Vecchi, in Bay Ridge, which they have recently renovated and designed with a new flare. During the sixth season of The Real Housewives of New Jersey, the couple's marriage erupts when rumors begin to fly on film about Rino's faithfulness. 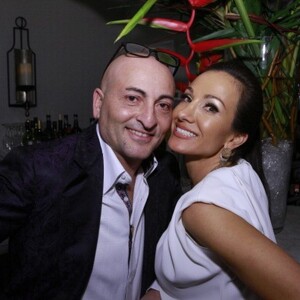