Richard Schaefer net worth: Richard Schaefer is a Swiss-American sports executive who has a net worth of $20 million dollars. Richard Schaefer was born in Switzerland and began his career in finance in the early 80s. After graduating from the Swiss Banking School, he began working for Swiss Volksbank (Credit Suisse).

From there, he became the manager of the Swiss Bank office in Los Angeles. Swiss Bank took over UBS, but kept the UBS name after the merger. He was subsequently promoted to Head of Operations for the western United States. In 2000, he left the world of banking to become part of Oscar de la Hoya's upstart business empire. He began as a boxing manager, but ultimately shifted his focus to promotion. He successfully lined up multiple lucrative television deals for matches to air in the Latino market. He also began investing heavily in real estate, and is part of a $70 million redevelopment deal with Oscar de la Hoya. He served as the head of Golden Boy Promotions, until he stepped down abruptly in June of 2014. 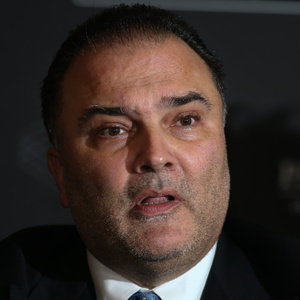