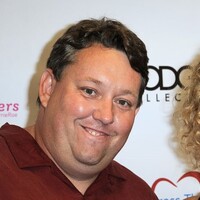 Rene Nezhoda net worth: Rene Nezhoda is a German-American entrepreneur and reality television personality who has a net worth of $1.5 million. Rene Nezhoda is best known for being featured in the A&E Network's reality TV series Storage Wars. Rene Nezhoda was born in Germany, and is the owner of Bargain Hunters, a thrift store located in Poway, California. Bargain Hunters is 7,000 square feet, and Rene is known for his encyclopedic knowledge of the secondhand items that fill the store. He joined the cast of the popular A&E series, "Storage Wars", along with his wife, Casey Nezhoda, during Season 4 of the show. "Storage Wars" follows a group of professional buyers, who buy most of their secondhand items from auctions that occur when the contents of storage units are auctioned off for lack of payment. Rene Nezhoda and his wife were guest stars during Season 4, but have since been promoted to appearing as main buyers on the show. They are often shown politely bickering about jewelry items that are being auctioned off. Casey accompanies Rene to auctions and often wants to keep the jewelry they find until Rene says that they cannot. Storage Wars has been airing on A&E since 2010 and revolves around storage auctions.