Raymond Huger net worth: Raymond Huger is an American businessman and entrepreneur who has a net worth of $40 million. Raymond Huger is the President and Chief Executive Officer of Paradigm Solutions International which he established in 1991. Before starting Paradigm, Huger worked for IBM for 25 years as an Area Staff Director and Regional Manager who was responsible for multiple IBM Branch Office operations.

He was able to build Paradigm from a startup company to more than $60 million in annual sales. PDHO went public in 2004 and Huger sold the company to government contractor CACI.  Huger graduated from Bernard Baruch College with a Bachelor's Degree and from Fordham University with a Master's Degree. He is also featured on the Bravo reality television series The Real Housewives of Potomac with his wife Karen Huger. Raymond and Karen have an adult son named Brandon and a daughter who is currently in college. Karen Huger has become well known for throwing extravagant parties at their home. 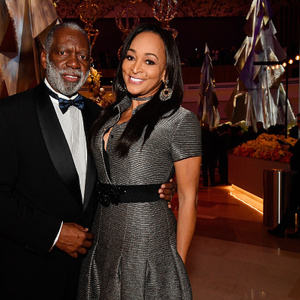