What is Piero Ferrari's Net Worth?

Piero Ferrari is an Italian businessman who has a net worth of $5.2 billion. Piero is the second and only living son of automotive entrepreneur Enzo Ferrari. Piero is a 10% owner of the Ferrari automotive company and also serves as the company's Vice Chairman. Additionally, he owns a little over 13% of the multinational shipbuilding company Ferretti Group. Ferrari went public in October 2015. As a result of the public offering, Piero officially became a billionaire on paper. Ferrari's stock price more than quadrupled between 2015 and November 2021, at which point Piero's net worth topped $5 billion for the first time.

Piero could not be acknowledged as a Ferrari family member until his father's wife Laura passed away in 1978 because divorce was illegal in Italy and he was born to his father's mistress Lina Lardi.

Piero Ferrari was born on May 22, 1945 in Castelvetro di Modena, Italy to Ferrari company founder Enzo and his mistress Lina Lardi. He had a half-brother named Dino who passed away from muscular dystrophy in 1956. While hanging out in a bike repair shop near his mother's house in Modena, Ferrari became interested in mechanics. He later attended the Fermo Corni Institute, from which he graduated with a degree in mechanical engineering in 1964.

In the late 60s, Ferrari began working informally for the family company as an English translator. He was subsequently hired as an official technical supervisor in the early 70s, which entailed the describing, listing, and archiving of defective car parts. Among his many early tasks at the company was to act as a liaison between the road car and racing divisions. In the process, Ferrari gained significant knowledge and experience of the factory's operational workings.

In 1974, Ferrari was moved to the Formula One team as a co-organizer, assisting sporting directors Daniele Audetto and Luca Cordero di Montezemolo. By the mid-80s, he was the supervisor of the production of road cars. In this role, Ferrari helped develop concepts for the low-volume Ferrari F40 and F50, as well as LaFerrari.

In 1988, Enzo passed away, leaving Piero Ferrari as the sole heir of the family. He inherited his father's 10% share of the company, plus ownership of the Fiorano Circuit in Fiorano Modenese, Italy. The following year, Ferrari was appointed vice chairman of the company by then-president Vittorio Ghidella. Later, in 2013, when Fernando Alonso won the Chinese Grand Prix for the team, Stefano Domenicali persuaded Ferrari to collect the trophy. This became the first time in the history of the Ferrari company that a member of the family stepped onto the podium at a Formula One race.

Among his additional business ventures, Ferrari partnered with José Di Mase in 1998 to purchase Piaggio Aero Engineering. The pair intended to return the company to its roots as a designer and producer of business aircraft. Ferrari became president of Piaggio, and resigned in 2015 when he sold the last 1.95% of his shares to the Emirati holding company Mubadala Development Company. From this connection, Ferrari was able to persuade Mubadala to serve as a title sponsor for his Formula One team.

Also in 1998, Ferrari founded HPE, which was created to provide engineering services and precision manufacturing in the sectors of aerospace, defense, motorsports, and automotive. In 2009, HPE acquired COXA, a firm specializing in precision manufacturing of niche prototypes and volumes. Since becoming HPE COXA, the company has managed to double its employees and its turnover, maintaining a mean yearly growth rate of 24.5%.

In 2016, Ferrari entered into the Ferretti Group, an Italian multinational shipbuilding company headquartered in Forlì. He purchased around 13% of its shares. The group specializes in the design, construction, and sale of luxury motor yachts, with its brands including Pershing, Riva, CRN, Itama, and Custom Line. In 2012, Ferretti Group was acquired by Weichai Group, a Chinese multinational heavy machinery manufacturing company. 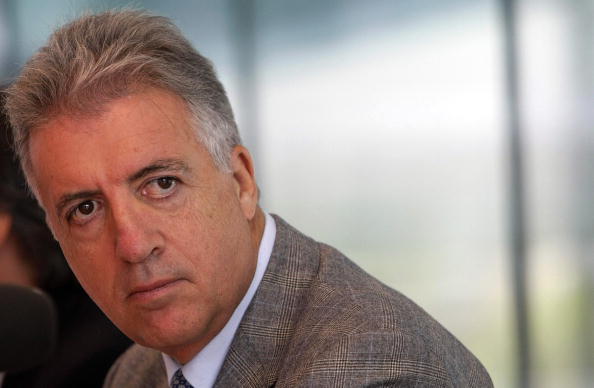 In May of 2019, Ferrari was ranked at number 838 on a list of the world's billionaires, with a net worth of around $3 billion. That year, he purchased the first mega yacht built by Riva, which subsequently inaugurated the new super yacht division of Ferretti Group. By April of 2020, Ferrari had risen to number 680 on the billionaires list, with a net worth of around $3.4 billion. He dropped a bit in June of 2021, ending up at number 705, but with a higher-than-ever net worth of $4.7 billion.

Among his accolades, Ferrari won the title of Cavaliere del Lavoro in 2004. The honor is bestowed upon those who have contributed to the areas of agriculture, industry and commerce, lending and insurance, or crafts. That same year, Ferrari was given an honorary degree from the University of Naples in aerospace engineering. Later, in 2021, he earned the Mecenate dello Sport Award.

Ferrari is married to Floriana Nalin, with whom he has a daughter named Antonella. He also has two grandsons named Enzo and Piero. Ferrari resides at his father's old residence in his hometown of Modena.

Influenced by his brother's battle with muscular dystrophy, Ferrari is an active supporter of Centro Dino Ferrari, a research center for muscular and neurodegenerative conditions. The center was co-founded by his father. 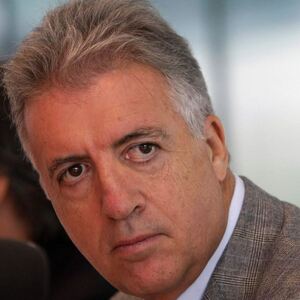